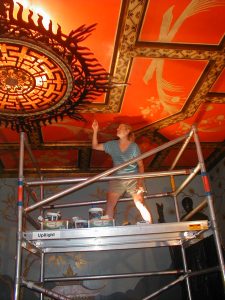 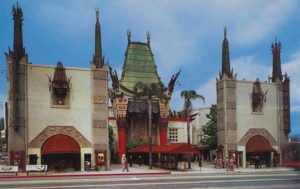 Restoration to Grauman’s Chinese Theatre began in 2001 with a $7 million dollar budget. Many diverse projects were my responsibility, from repairs of the decorative cement archways on the facade, to repairing marble Ming Dynasty Heaven Dogs in the forecourt. Also in the lobby, I repaired the gold leafed ceiling which was water damaged in select areas and replaced missing mural segments. On the exterior, I reconstructed the design and color of column friezes (22 panels) to the 1927 original. 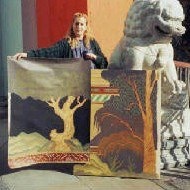 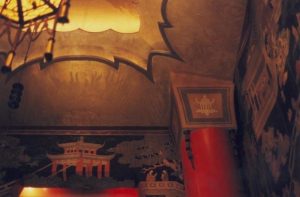 Buddah Dogs: Actual marble Ming Dynasty Heaven Dogs were in need of a face lift, literally. Located in the theatre’s famous outdoor forecourt where stars have come to leave their hand and footprints. I repaired the damaged Heaven Dogs using a mixture of marble epoxy glue and marble dust. Ming Dynasty Heaven Dogs protect the entrance to the Chinese Theatre. An unfortunate baseball bat attack several years ago broke each of the dog’s muzzles. The original patch had lost it’s color and begun to crack. I chipped away the old patch, and built up and sculpted anew using marble epoxy glue and marble dust mixed in four different colors to give the mottled, translucent look and feel of the original marble. 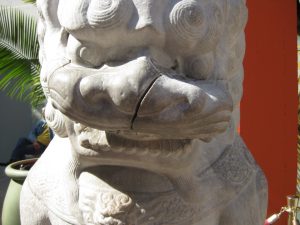 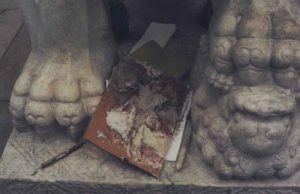 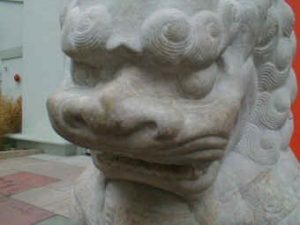 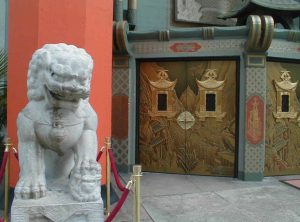 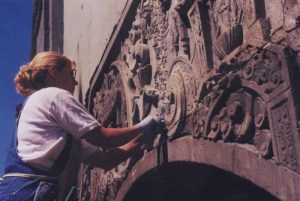 Cast Stone Architrave:       This detailed architrave was covered up in the fifties with the ornate neon sign. To restore the original appearance, the neon signs were removed to reveal the archway underneath. Damage where the sign was bolted to the exterior needed to be repaired consisted of missing elements, saw cuts, and bolt holes. Using an understructure, I sculpted with cement to build up the surface to match the surrounding details. 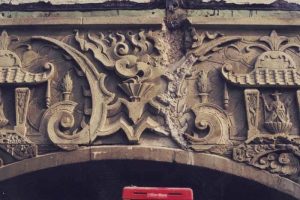 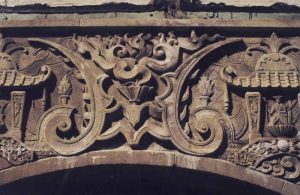 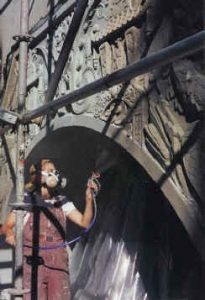 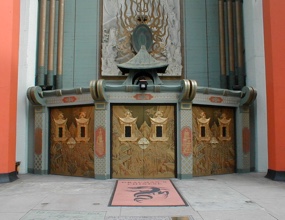 Exterior Vestibule:       Over the years, the exterior details were painted over numerous times in hopes to ‘refresh’ and aging building. 75 years, things being to alter or downright change in color and appearance. I tried to recreate as accurately as possible the entrance the way it should have looked in 1927. The beautiful door windows had been painted black. I found gold leaf underneath. The Main entrance to the theatre is a focal point in the forecourt. It had been repainting many times. I used original photographs to restore the surround to its 1927 glory. The bronze doors were painted by the Warner Brothers Studios. I stripped and gold leafed the decorative windows. They were cast iron and had several coats of black paint. 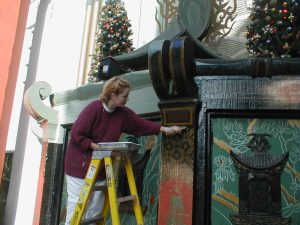 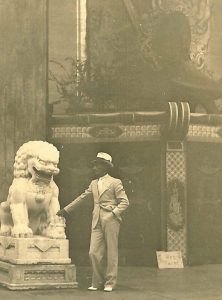 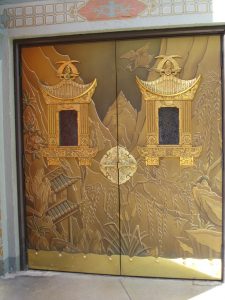 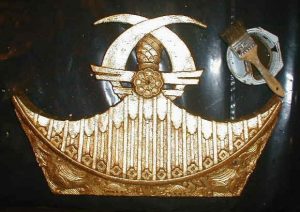 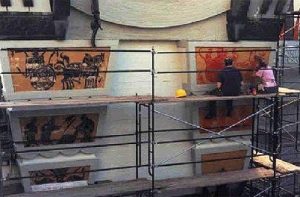 Exterior Frieze:     The theatre’s exterior hadn’t been painted in twenty years, therefore scaffolding encircled the building to allow me to refresh it’s look. Above the tall Orange/Red columns are capitals with 22 individual panels consisting of six different designs. These were painted the wrong color over the years, as well as, losing their subtle detail.  Extensive blistering from water damage also need repairs. 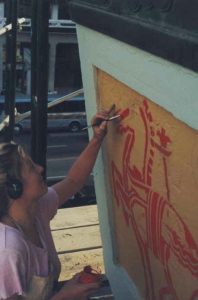 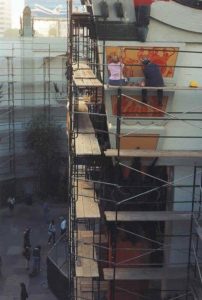 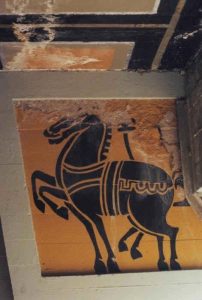 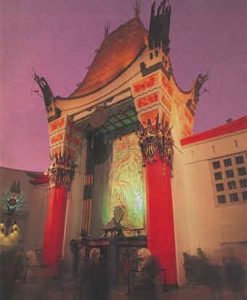 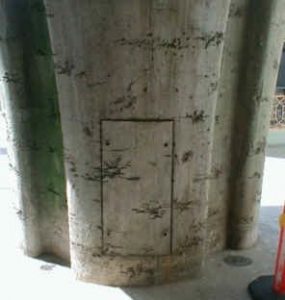 Cast Stone Fountains:       Detail of the back access panel. I made a mold of the stone texture, made the panel out of fiberglass and resin then installed and painted it to match the surrounding surface. 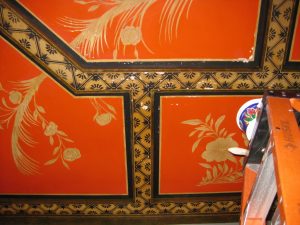 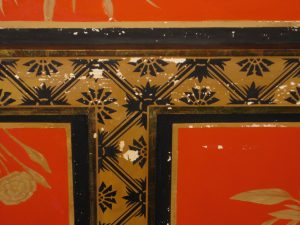 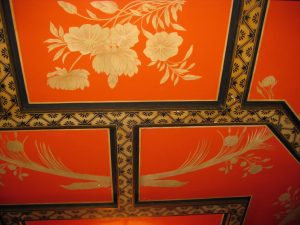 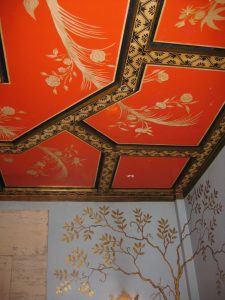 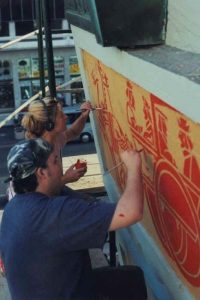 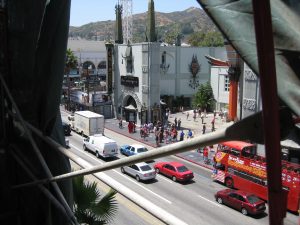 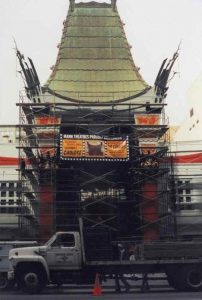